As the emergency medical ­services (EMS) profession has evolved, so, too, has the mobility of EMS personnel. Providers need to respond across state lines for day-to-day duties as well as cross state lines for nongovernor-level declared disasters and for planned large-scale events. This has generated renewed discussions about the need to establish a universal mechanism that would ensure a legal, practical, and consistent pathway for EMS personnel to obtain a privilege to practice across state lines. Enter the Recognition of EMS Personnel Licensure Interstate Compact (REPLICA). REPLICA is that formal pathway for the licensed individual to provide prehospital care across state lines under authorized circumstances. REPLICA increases access to EMS for patients, reduces regulatory barriers for EMS personnel, and brings unprecedented accountability to the EMS profession in cross-border practice.

The National Association of State EMS Officials (NASEMSO) took the lead in introducing the idea of an interstate compact to solve this long-standing problem facing state EMS offices. Funded under a cooperative agreement with the United States Department of Homeland Security (DHS), a four-phased process was initiated to assess the feasibility of developing a compact. The first two phases of the compact development process were highly inclusive, involving 23 representatives from national level EMS, fire and law enforcement associations and organizations, as well as federal partners. History has shown that interstate compacts are a collaborative solution to problems between two or more states and a way to create an agreement on policy issues.

In a compact, two or more states enter into a contract and adopt a particular standard or cooperate on regional or national matters. Compacts are powerful, time-tested, durable, and adaptive tools for encouraging cooperative action among states. Unlike federally imposed mandates that are often unfunded and accompanied by rigid requirements, interstate compacts provide state-developed solutions for collaborative action while building consensus among states and federal partners. According to the National Center for Interstate Compacts (NCIC), there are more than 200 compacts across the United States; 25 are national, and four have been adopted in all 50 states. To enter into or join a compact, a state must pass enabling legislation. In 2014, NASEMSO and its partners released model legislation for states to consider, bring to their legislators, and ultimately enact if they desired to join REPLICA. To be officially activated, REPLICA would require 10 states to pass legislation to join the compact.

REPLICA was designed to meet the following objectives:

In the development of REPLICA, all parties recognized that state borders should not serve as barriers to patient access; present burdensome processes for state-by-state licensure; and change the level of protection, protocols, and quality afforded to the public. Additionally, the team saw the opportunity to recognize the bravest in our nation and their families for their service by including an expedited licensure process for members of the military and their spouses separating from active duty.

State Eligibility to Join the Compact and Provider Requirements

REPLICA requires that licensed EMS personnel in member states pass a common fitness test to practice and have a Federal Bureau of Investigation (FBI)- compliant criminal background check in place within five years of the compact’s activation (not five years from when an individual state enacts REPLICA legislation). The drafters of REPLICA agreed to and provided in their model legislation the following criteria to be in place at each member state level:

State EMS offices and their stakeholders remain in full control of how proper licensure to practice is maintained in their state. The EMS compact focuses on the initial entry and leaves it up to the rigorous process developed in each state to maintain high-functioning, accountable EMS professionals. At the EMS individual provider level, REPLICA requirements include the following:

EMS personnel licensed in member states who did not initially take an NREMT exam will be grandfathered into the system as long as they have met the standards prescribed by their state and have no restrictions on their license.

Sharing Information and the Coordinated Database

A coordinated database is essential to REPLICA’s built-in accountabilities. Member states will be able to rapidly share licensure history of EMS personnel for the first time in history. Knowing exactly who is crossing state lines under REPLICA’s privilege to practice is vital to public protection and coworker safety.

The compact enables a commission established by the compact to provide for the development and maintenance of a coordinated database and reporting system containing licensure, adverse action, and significant investigatory information on all licensed individuals in member states. Data submitted by member states will include the following:

The ownership of data remains with the member states, and the states may designate information that is not to be shared with the public without the express permission of the state. The NREMT is working to build the coordinated database and will need to enter into an agreement with the REPLICA commission to share the data for the purposes of the compact.

The REPLICA database is being modeled after other health care compact databases. The most significant is the Nurse Licensure Compact database, “Nursys.” A key aspect of REPLICA’s database will be automated linkage with the National Practitioner Data Bank, to which all health care licensing boards, including EMS, are under federal requirements to submit information regarding adverse licensure actions and loss of license.

Many national organizations and associations have supported REPLICA. The Council of State Governments (CSG), the only organization serving all three branches of government, was the first to pass a formal resolution supporting REPLICA. CSG hosts a forum for the enhancement of ideas and perspectives supporting development of public policy and the leadership of state governments. 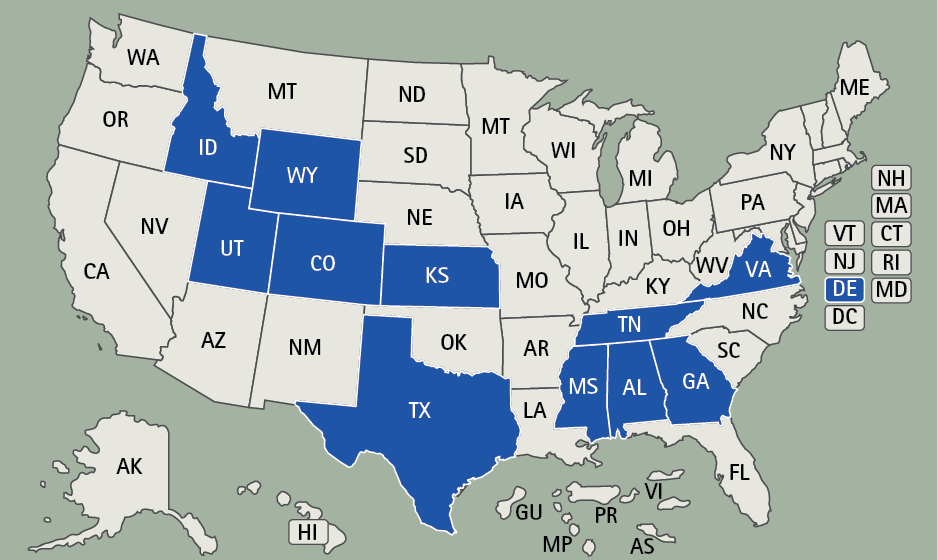 Currently, REPLICA is in Phase IV of the interstate compact development, “Transition to Commission Administration.” Section 10 authorizes the “establishment of the Interstate Commission for EMS Personnel Practice.” The joint public agency, the commission, will be composed of one representative from each member state. Each state will have one vote on any matter before the commission. The compact calls for the delegate or commissioner from each state to be the “responsible person from the state EMS authority except in states where no one agency is responsible for EMS.” In those situations, that state’s governor will name the REPLICA commissioner. The commission has authority over only the cross-border practice empowered by the REPLICA legislation; it has no reach into other areas of state or local EMS operations.

The commission’s functions are the following: to support and preserve the sovereign immunity of each state; give every member state one seat, one vote; create by-laws and promulgate rules related only to cross-border practice; establish policy and procedures for cross-border practice; maintain the national coordinated data and information-sharing systems; enhance the enforcement and compliance mechanisms of member states; and support uniform compact rules, policies, and procedures at the state level related to the implementation of REPLICA.

The commission is a public, governmental body. All proceedings will take place in the eye of the public. It has limited rulemaking authority; its processes will mirror those of many state EMS agencies today, drawing on the federal Administrative Procedures Act for its direction. A minimum of one meeting each year will be held; the commission and its member states will serve public notice of these meetings. REPLICA has a provision for virtual participation, providing a means to include those interested in commission deliberations. Any rulemaking is subject to a rigorous public process, including public comment periods and hearings.

Member states are planning to hold their next face-to-face meeting in Nashville, Tennessee, at the end of February 2018. The NREMT proposed to provide continued support to the REPLICA advocacy efforts during 2018 and to support the commission’s administrative activities and the establishment of a coordinated database through a Memorandum of Understanding (MOU). The executive committee will work with NREMT and the commission members on the content and establishment of the MOU.

REPLICA is not yet operational, and EMS personnel are not able to cross state borders under the privilege to practice until the basic rules and a coordinated database are established.

Suzanne Prentiss, BA, MPA, NRP, is the advocate for the REPLICA project. She left her position as EMS director at Concord (NH) Hospital in August 2016 to work for REPLICA. Prentiss has held leadership positions in public safety and health care at the national, state, regional, and local levels. In 1992, she was the project director for Dartmouth Medical School’s federally funded rural health outreach initiative focusing on EMS. She has served as the administrator of the Woodsville Rescue Ambulance, the New Hampshire State Trauma System coordinator, and chief of EMS at the NH State Department of Safety. Prentiss has a master’s degree in public administration from Saint Michael’s College and attended Harvard’s Kennedy School of Government program for Senior Officials in State and Local Government. She was elected to five terms as a city councilor in Lebanon, New Hampshire, and was elected mayor of Lebanon in March 2017.